By the way, in case you want to continue the story of Masamune-kun no Revenge after finishing this series, start at Chapter 30. You can thank me later.

Maybe it’s because I read the manga too extensively that it felt that the adaptation ended too quickly.

Ah well. The fickle nature of anime today is but another topic.

Normally, for me, I’d have to rewatch the last third to be able to confidently produce this blog post, but since the ending was as abrupt as TLR, I’d rather give an equally quick post than stretch it out. Abrupt because I expected 13 episodes instead of 12.

Immediately after my blog post on the first half, I re-read parts of the manga to see where we’re headed. And judging from that, we headed the correct path.

Neko’s role in the story finally came to fruition in two episodes wholly dedicated to her. 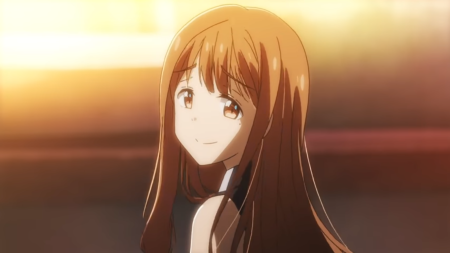 Gasou Kanetsugu appears, creating the next tension to the story. 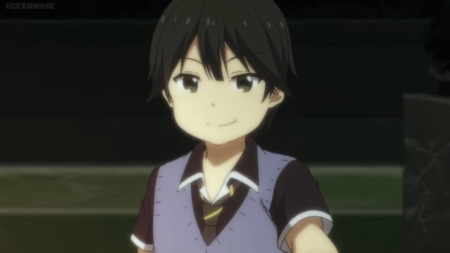 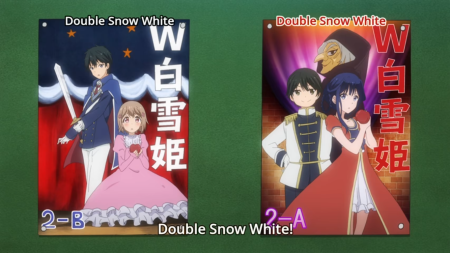 And the not that needed foreshadowing on the Paris field trip, which hopefully gets adapted too, soon. 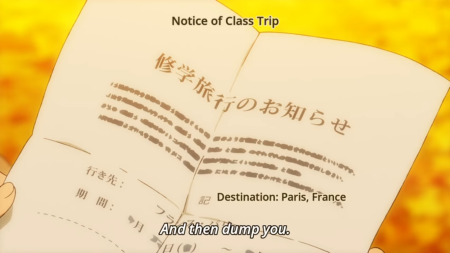 But hold on! In the convenience of keeping this series at 12, a huge compromise was made!

The entirety of the aftermath of the Yasaka High Festival turned into this terrible filler chapter.

Well, entirety is an exaggeration because we just missed one chapter. But in my opinion, they should have adapted both chapters. I’m referring to Chapter 28 (The End of the Show, The Start of the Festival, which is the aftermath) and Chapter 29 (Don’t Let Go of the Mic, Even if it Kills You, which is the karaoke filler). Chapter 28 heightens the inner tension within Aki, both from her reaction to being kissed (which was a nice reaction we just missed ;A;) and when confronting Kanetsugu and getting this response when asked about their past (which Kanetsugu clearly doesn’t know about). 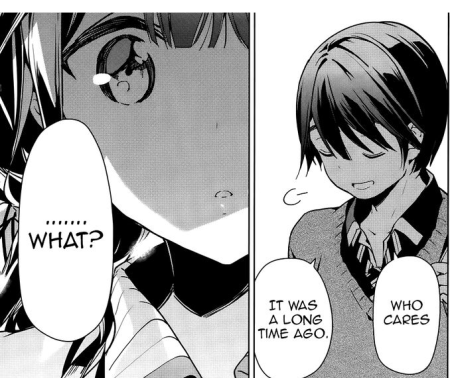 All these meaningful interactions, alongside the ones with Makabe lying in the infirmary, were cut from the anime because 12 episodes. And dare I say that Chapter 29 was adapted because of this sole reason: 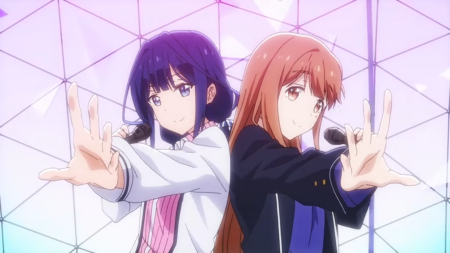 Hegochin x Mimorin is now a thing, all thanks to this filler. Or BanG Dream! Whichever matters more.

Who cares about story or its continuity when we can make a quick buck through this insert song? No one would figure it out, anyway! Yeah, right.

Don’t get me started on Episode 12’s lack of the OP and ED, signalling the end of the series’ season. That happened in TWGOK. What I didn’t like was that the OP and ED still appeared in the episode. When I saw Futaba choosing Wagamama MIRROR HEART, I flipped with a cringe. But when I saw Makabe choosing Elemental World, all the more did I flip and cringe. Sure, don’t sing the entire thing because you’re chasing runtime, but seriously, that event was just there to remind you that this series has a catchy set of songs that pivot the series in its own way.

Final Thoughts on Masamune-kun no Revenge:

Thought I’d refer to MAL’s rating on this one, because more or less, it’s the normie baseline for ratings of series. Does Masamune-kun no Revenge deserve its 7/10 rating in MAL?

The story was indeed unique, especially during the hype of the year it was drawn in, when rom-coms were all going strong. Getting adapted only now did not weaken its hold on its main premise and appeal as a rom-com. Strays from the manga apart from the one I just mentioned did not tear the story into an entirely different plot. Although, looking at it from the avid reader’s point of view, one would wonder if straight-up no-stray adaptations like this one would turn out to be lackluster since nothing new is added to the series. Sure, changes, but what else? Another side would be super thankful for the faithfulness of the adaptation to the source material, only with a simple Goblet of Fire-esque stray from the original. 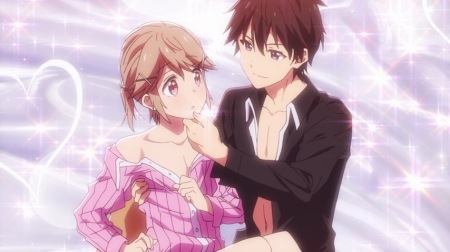 Makabe could have been adapted less of a socially-awkward boy (referring to the episode he suggestively mentions this line, nv “Is it fine for Koiwai-san to be my first [phone call]?”).

Kojuurou could have been adapted a little bit girlier and more bothered about his mistaken gender identity.

Futaba could have been more shown as a fujoshi or someone in love with Kojuurou-kyun (I mean his girly side, in case that passed by you).

Loved Yoshino’s “Small Animal Mode”, even if it wasn’t labeled like in the manga. As a fanservice target, she was normal.

Loved Neko all in all. Formal dialog (keigo) bias because I’m learning Japanese. As a fanservice target, I’m actually surprised her bust was more emphasized than Yoshino’s, both in the anime and in the manga, discounting not-adapted chapters of MnR (because that omake about buying swimsuits).

Kanetsugu’s identity is still well-hidden throughout his appearance in the anime. If you didn’t read, you’d just be confused as to why he’s even a conflict for the story. His motivation was shown during his introductions in Episode 10, but any surprise not said there is better kept in the manga.

And Aki? I–it’s not like I wanted to rate her last or anything… Don’t play dumb. Her additional characteristics of gluttony and lack of common sense in the social world make her a unique girl to add to the ever-growing pool of tsunderes.

OP and ED are LSS-worthy, and that’s enough of a factor to praise it, imo.

My verdict: Masamune-kun no Revenge deserves more; an 8/10. You have to give credit to faithfulness. Two thumbs for that. :bd

Should have mentioned a trigger warning this post. Too late for that. Props to my sources of everything, from the official site to the sites made by the fans for the fans. With that, thanks for reading! Until next time! XD